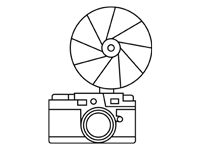 On July 8, 1963, Australian Prime Minister Sir Robert Menzies visited the White House for meetings with President Kennedy and for an official state luncheon.

In his toast at the luncheon, President Kennedy said:1

I know that all my fellow countrymen join me in expressing a warm welcome to the Prime Minister. I don’t think that there is any visitor that has more friends in the United States than the Prime Minister of Australia, and he has had those friends and kept them over a long period of time stretching back to the days of 1939. He has been a constant figure not only in his own country’s government, but also in the relations which exist between the United States and Australia. Those relations which permit the easiest kind of communication between the governments, which permit us to reach agreement on matters which in other countries might take much longer and might not be as nearly so satisfactorily resolved, have been a great source of encouragement to President Roosevelt, President Truman, President Eisenhower, and now to me.

So, Prime Minister, we want to express our gratification that you came and visited us on your way back home. The Prime Minister was raising the clans of Scotland while I was doing the same in Ireland a few days ago with equal effectiveness. But we appreciate his coming here. We are glad, particularly, that he came to us after visiting the home of one of our most distinguished Presidents, President Jefferson. I think the relationship between Australia and the United States is based not so much on sentiment and not only on self-interest–although there are, of course, those factors–but I think our confidence in Australia was built during two world wars, most particularly in the days of World War II and in the days that have followed when the United States and Australia have moved in such concert together.

I hope that our reputation in Australia has been maintained since World War II as a determined friend and also in Mr. Jefferson’s words as a “bold enemy.” I think that the days ahead for us both are going to be particularly critical. I am glad to have a chance to remind the American people, as well as the Government, that we should look not only east towards Europe but also west, towards the not always Pacific Ocean, and particularly look west towards our friends in Australia.

We are glad to have you here, Prime Minister-and members of your family–and I hope that you will all join with me in drinking to Her Majesty, the Queen.

Menzies’ response was summarized as:

In his response Prime Minister Menzies assured the President that the reputation of America in Australia “had not gone back.” “This is really due,” he said, “to our complete belief that we are, in a great way and in a small way, engaged in a joint enterprise for mankind. And nothing can impair our belief in the significance of the United States in that enterprise. And I hope that nothing will ever happen that will persuade you, or tempt you to believe that we are weakening in our resolve to take our own part, because this is a great enterprise for mankind.”

Referring to his address at Monticello Prime Minister Menzies admitted that he had spent quite some time preparing it. “Tearing myself away from the gaieties of operating with a majority of one, I used to repair to my library and I reread all I had read and I read additionally about Jefferson and his great period.” But he attributed the success of his speech to the use of a quotation from President Kennedy’s remarks at a dinner at the White House in April 1962 honoring Nobel Prize winners. “I loved this,” he told the President, “when you said ‘I rather think this is the greatest collection of human talent ever brought together in this room since Thomas Jefferson dined alone.'”

He stated that he had enjoyed the discussions with the President and the American people “because I feel that we deal with each other on a basis of the utmost good faith. There are no cards up the sleeves. And this is as it should be, because although we are a small country we have twice the population that Mr. Jefferson presided over when he first became President. Things move on …. And the day will come when Australia will have 40 million, 50 million, 60 million people. And, therefore, it is tremendously important to all of us that the voice of the United States should be clear, should be unambiguous, and should be authoritative.”

Prime Minister Menzies concluded his remarks by assuring the President that what he had said and done in the world in recent months “represents a powerful contribution to the happiness of mankind. And if you were a Scotsman instead of being an Irishman,” he added, “I would say ‘Lang may your lure reek.'”